ASB: Gone to the dogs

When tennis-mad ASB wanted to tell the world about the ASB Classic international tennis tournament and celebrate its involvement in the game, it turned to three unlikely heroes to get its message across.

Ted, Oscar and Super Teddy trained hard to become ball boys for a day to help promote the bank’s love of the game.

The brainchild of the creative team at Saatchi & Saatchi New Zealand, executive creative director Corey Chalmers was surprised that the combination of dogs, tennis balls and global tennis stars had never been put together before.

"This was something that Venus herself commented on when the dogs came out. Naturally we had a lot of fun making this and having Venus and Svetlana involved was a wonderful bonus for ASB and ourselves."

They say never work with children or animals but Michelle Walshe and her team at Augusto made it look not only easy but bags of fun to boot. Augusto turned Saatchi's simple but charming idea into something that has tickled the funny bone the world over.

Anthem was delighted to be asked to work with such talented partners and a wonderful client.

Our brief was ambitious: develop an international and local media strategy to drive as much coverage and exposure for The Best Ball Boys in the World.

We were asked to connect ASB with a broad audience, both ardent tennis fans and the wider public, and communicate ASB’s love of tennis.

And with talent like this it’s not difficult to see why the world’s media came calling:

and of course, Cute Animals got in on the act.

Locally we saw items in both Stuff and the Herald on Sunday and on screen with TVNZ and TV3.

Venus Williams has 1.8 million likes on her Facebook page where she posted the video, and 1.1 million followers on Twitter where she has repeatedly posted about her interaction with the dogs and her opponent Svetlana Kuznetsova did likewise. 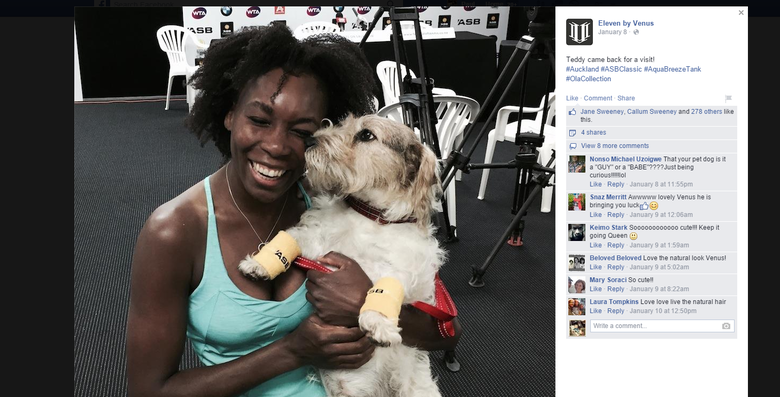 The video has been viewed over 4.7 million times on YouTube and still going strong.

And you know you’ve made it when Manny the Frenchie posts about you on his Facebook page: 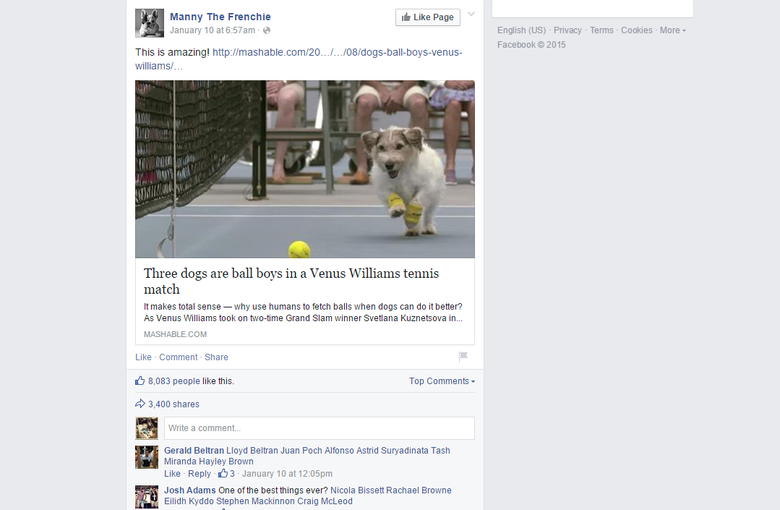 Venus and Teddy caught up at one of her press conferences during the week and Anthem caught their interaction live as it happened:

We managed exclusive media access to the making of the video. Have a peek:

“For all of these international media to feature our video means we’ve had people from all over the world see our ASB ball dogs in action and understand how passionate ASB is about tennis,” says ASB Bank’s Head of Community and Sponsorship, Mark Graham, and we couldn’t agree more.

Well done ASB. Thanks for getting us involved.

UPDATE: The Best Ball Boys in the World has won Bronze in the PR category at the CLIO Sports Awards (June 2015).