The Value of KiwiRail

When KiwiRail wanted to demonstrate the value of rail to New Zealand, it called on Anthem.

KiwiRail asked Anthem to spread the message that rail is a net contributor to the NZ economy, i.e. its contributions exceed the cost the taxpayer.

Anthem developed a suite of collateral to convey the Value of Rail message in ways that could be easily understood by KiwiRail's customers, government, the media and the general public.

Anthem created a booklet, infographics and an animation on the Value of Rail. Key messages from the collateral were also used by KiwiRail in a publicity campaign about the report.

The results included earned media in major broadcast, print and online news outlets, while an online animation received more than 28,000 views on Facebook and 120 Retweets on Twitter. 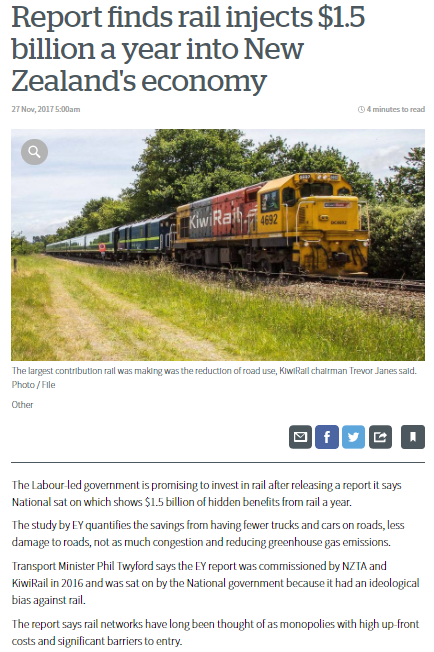 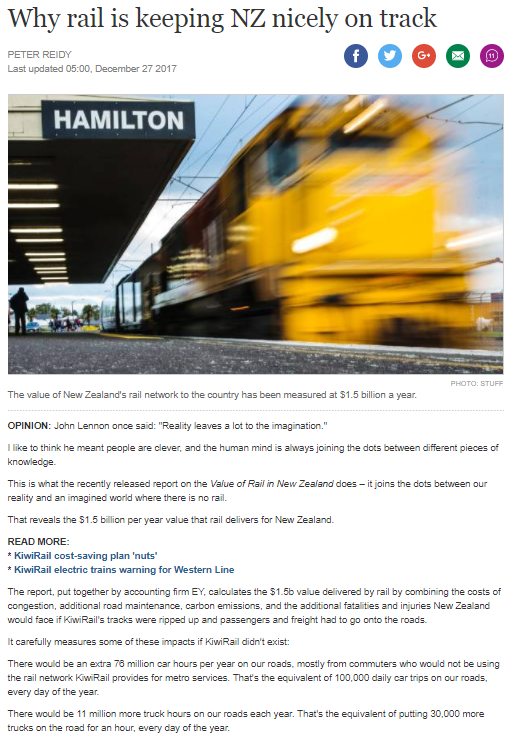