Find out about our specialised communications support packages here. 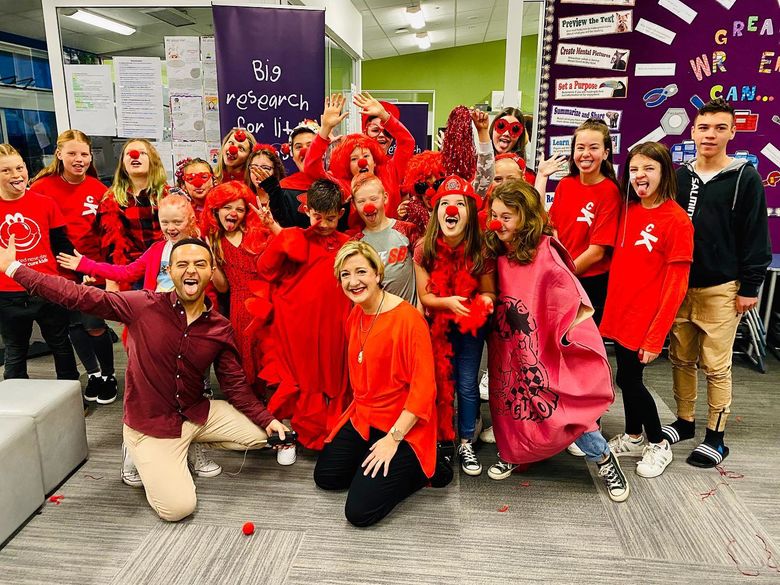 COVID-19 presented new challenges for Cure Kids and its promotion of Red Nose Day in 2020. New Zealand’s lockdown requirements had a significant impact on traditional fundraising methods, such as the cancellation of Cure Kids’ annual Red Nose Day Gala dinner.

Cure Kids was determined to take a unique approach to this year’s campaign, with an aim to have maximum impact and reach with the public and to drive donations through owned, earned and shared content.

Anthem was tasked with the creative direction for Red Nose Day and to devise a tactical, earned media strategy to amplify the need for donations in an increasingly crowded charity space.

Creative direction: Anthem concepted a simple idea: to ask the children who have benefited from Cure Kids research what the Red Nose means to them. This concept gave child ambassadors an opportunity to provide emotive personal accounts of what Kiwis Red Nose Day donations meant to them, as well as allowing Cure Kids to highlight some of the key research projects they are investing in.

Media strategy: Anthem devised a complex media strategy with a primary focus on leveraging the Cure Kids Impact Report, the first in its nearly 50-year history to provide independent evaluations of the research projects it has funded since the charity’s inception.

We condensed the 70-page report down to a nine-page interactive PDF, that used simple language and infographics to highlight some of Cure Kids’ incredible health breakthroughs such as the prevention of sudden death in infants (SUDI) and reduction of stillbirth rates.

We then told the Red Nose Day story through different media outlets by pitching the stories of Cure Kids’ child ambassadors, telling their important stories and how Cure Kids-funded research was helping their conditions.

The Our Breakthroughs Report was used as the basis of Anthem’s media relations plan. It linked through to the overall creative concept by putting a spotlight on the value of Red Nose Day donations through the stories of deserving beneficiaries. It also served to strengthen the connection of Red Nose Day with Cure Kids as the charitable force behind it.

The coverage carried Cure Kids’ key messages for the campaign, including drawing attention to the financial strains impacting the charity sector and how essential donations are to continue funding vital health research for New Zealand’s tamariki.