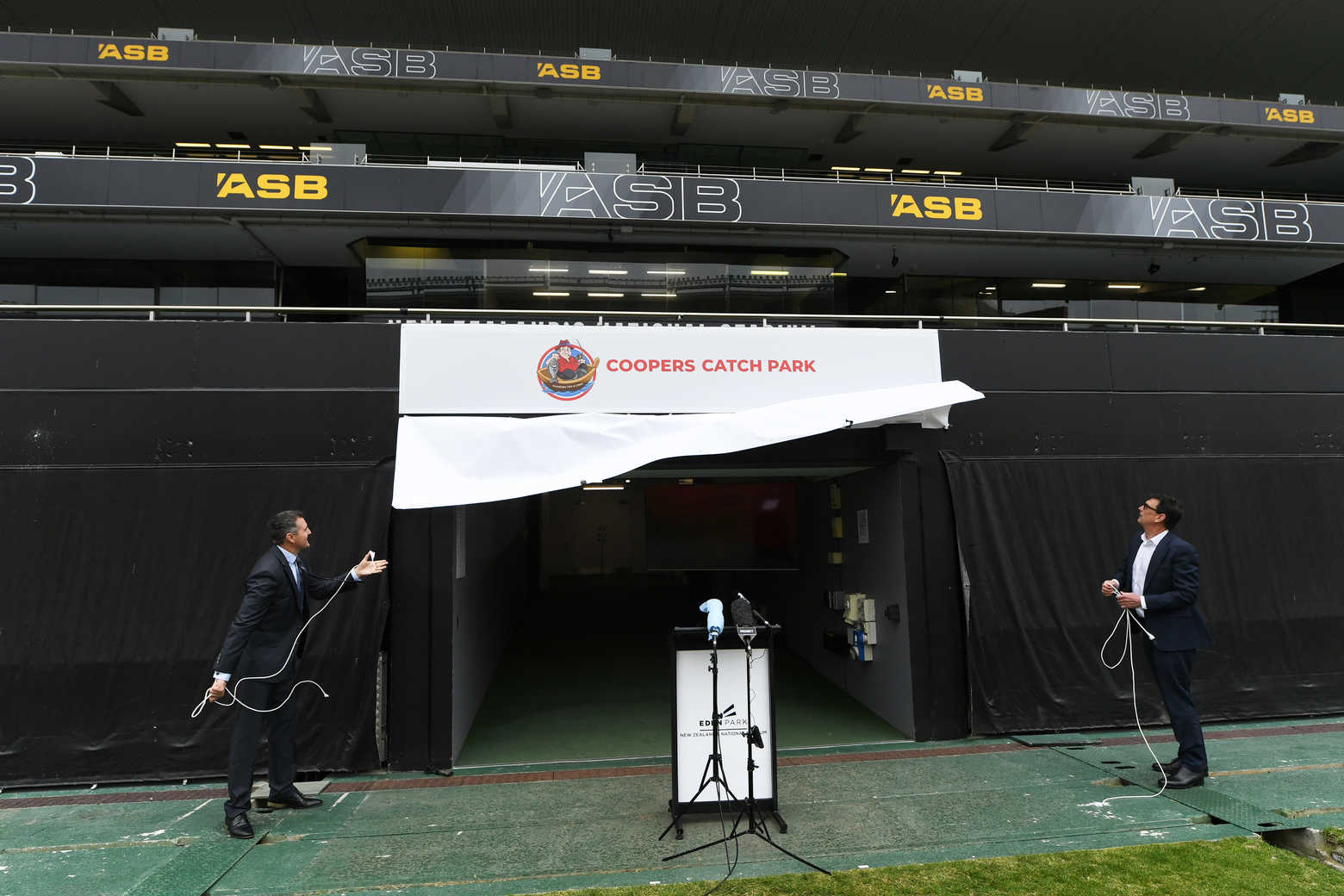 As part of its mission to help small businesses through the challenges of COVID-19, ASB upped the ante by
donating its largest sponsorship asset – the All Blacks, Māori All Blacks and Black Ferns – to small business
customers. ASB produced 100 advertisements to promote 100 SMEs featuring star players and shared with
millions of New Zealanders through paid media. Anthem helped to shape the concept to increase its appeal
for media and led the PR strategy.

ASB didn’t stop there. In a world-first, the bank secured week-long naming rights to Eden Park for the
Bledisloe Cup game in October 2020 and gifted this to a Kiwi business in need of a helping hand. Anthem
worked closely with ASB’s creative agency, WiTH Collective, to develop the creative concept to ensure it
would lend itself to an effective media strategy we devised and executed. The campaign kicked off by
strategically leaking the news to top tier national and sports media, creating a buzz around the naming rights
announcement. With media personalities and the public debating who the business could be, Anthem
planned and managed the media conference, while ASB’s Executive General Manager for Business Banking,
Tim Deane, turned up at Coopers Catch, a Kaikoura fish and chip shop, to surprise the owners with the news
of a lifetime – that they were the new naming rights sponsor of Eden Park.

Anthem developed a robust PR programme to maximise earned media opportunities. To kick off a week of
media activity, we media trained Coopers Catch’s owners and flew them to Auckland, where Coopers Catch
Park was announced to a crowd of tier one media.

With a limited advertising budget, the communications results played a significant part in helping to achieve
the business results. Thanks in large part to the widespread mainstream news, sports and consumer media coverage secured (88 stories), ASB achieved its highest Brand Love score on record, increased its Net
Promoter Score first-place lead against the second-placed banking competitor and increased sales for Coopers
Catch.

“Anthem brought creative thinking to the Borrow Eden Park activation, which strengthened the idea and led to
strong results in terms of local and international media coverage. Anthem’s involvement and their connections
meant that the owners of Coopers Catch, Jason and Natasja Hill, spent the whole week talking to top tier
news, consumer and lifestyle broadcast media. They started the week on primetime national news and
continued dominating mainstream radio shows throughout the rest of the week. We’ve seen great feedback from our SME customers on the campaign, with many of them seeing and hearing about it through the media coverage.” – Tim Deane, EGM Business Banking, ASB Bank.

ASB Borrow Eden Park received a 2021 PRINZ  Gold Award for Best Use of Media Relations, and a 2021 PR Asia Gold Award in the Experiential PR category.